​​Newsletters are sent out twice-yearly to Grandma's comfort supporters. Letters from Diane are the bi-monthly thank you letters sent to GC donors, beginning with January 2011. Much like Grandma’s Musings in the Newsletters, these letters reflect thoughts and blessings for each month, in addition to thanking faithful supporters and partners. Hope you enjoy them!

Newsletter: Spring 2017
Christians express belief in many ways, especially during the Easter season. On Ash Wednesday, some Christians have ashes put on their forehead, signaling the start of the 40 days of Lent through Good Friday, a period of fasting and praying leading up to the death of our Lord and Savior Jesus Christ

Letter from Diane: January - February 2017
What would you do if you had an abundance of children’s hats, scarves and mittens? I mean, abundance! Over 500 items just for children ages 3-12, beautifully handcrafted by very talented women! A wonderful problem to have!

Newsletter: Fall/Winter 2016
The eighth-century BC prophet Isaiah frequently mentions the need for humankind to humble itself before the holy God because a day of “distress and darkness and fearful gloom” is coming (Isaiah 8:22). But, Isaiah prophesies another day when “there will be no more gloom for those who were in distress. . . . In the future he [God] will honor Galilee of the Gentiles, by the way of the sea, along the Jordan—

Letter from Diane: September-October 2016
“Rejoice Forever!” That was on the back of an envelope of a thank-you note from a woman who had received a GC birthday gift bag.  The outside envelope continued:"You do something no one else does, in a manner no one else does it. When you do, your uniqueness meets God’s purpose."

Letter from Diane: July-August 2016
On this brisk, windy, but sunny September 1st morning, I am thinking about children. As they start a new  school year, believe it or not, I am planning GC’s Christmas gift bags! My mind pictures the homeless children who will receive a GC Christmas stocking in December.

Letter from Diane: May-June 2016
One small part of what Grandma’s Comfort does is give “comfort bags” of personal items and snacks to panhandlers at intersections. On occasion I have been asked if anyone had ever turned down a gift bag. Interesting question. The simple answer is No. In fact, recipients have only ever expressed gratitude. This is true not only of guests at shelters but also panhandlers at corners or at trash bins. Their typical response is, God Bless You! In fact, we have had some very specific reactions:

Newsletter: Spring 2016
The vignettes below all tell a story—passing on the grace, talents, and treasures God has given us. The handcrafters in these stories pull together numerous items to make a whole gift to pass on. But the final step—putting together the birthday, comfort, and welcome bags—could not happen without faithful volunteers who come together each week with servant hearts, assembling items into colorful, creative gift bags.

Letter from Diane: March-April 2016
Spring has more or less arrived. And spring means Spring Break for college students. Since I seem to be telling stories of my grandsons lately, let me add another one: On Spring Break, a grandson and friends from CRU (Campus Crusade for Christ) went to Florida to minister the Gospel to their peers. Look closely at the picture. Can you see the reflection of the sunlight in the sunglasses?

Letter from Diane: January-February 2016
On our way home from a craft store, our grandson pointed out the beauty of the barren trees with the low sunlight hitting them just right and turning them  silver against black clouds. Stunning! But, now we desire to see green buds on those trees against a blue sky, don’t we?! At every season, God highlights the beauty He has created and shares with us out of His own beauty.

Letter from Diane: November-December 2015
All the news channels have broadcast their picks for 2015 highlights. So, here are “Highlights of GC 2015.”•  Increase in Christmas gifts given by 29%!
- Story of the Socks: Lansing City Outreach received an extra very large donation of children’s socks, so they gave some to Pregnancy Services who, in turn, sent all those larger than toddler size to GC. We did not previously know of LCO, so we were happy to provide 84 gifts for their Christmas party. Don’t you love it?! ...

Newsletter: Fall/Winter 2015
On Monday evening, November 16, 2015, on the NBCTV program “The Voice,” contestant Jordan Smith accompanied himself on piano and sang powerfully and beautifully the magnificent hymn, Great Is Thy Faithfulness. Amazing that Jordan did not choose a more expected pop, rock, country, or indie presentation. More amazing is the date—three days following the horrendous attack on Paris citizens. “The Voice” coaches commented on Jordan’s timely reminder of hope in a dark world, and the audience responded with loud clapping and cheers. Most amazing is the hymn itself...

Letter from Diane: September-Octobert 2015
Recently a woman graduated from a local one-year residential life transformational program. With her life changed and her heart turned toward Jesus, she enjoyed a big celebration with her family and friends. Thanks to your kindness and generosity, Grandma’s Comfort sent a sheetcake, ice cream, and  gift!

Letter from Diane: July-August 2015
Occasionally, God puts on my heart the need to give our GC friends an update on our ministry to Haiti.

The note from Alexander is from one of our Haiti “boys” who was left homeless a second time when a boys’ school closed.  Over the last many years, GC has helped support these boys with schooling costs and with treats and supplies. Their favorite treat was peanut butter cheese crackers for supper!

Letter from Diane: May-June 2015
Have you ever visited a cave? Caves stay the same chilly temperature year round. They can be stunningly beautiful with stalactites and stalagmites and colors woven through the rock. But, not being a survivalist, I would not want to live in one, especially by myself! Imagine the profound loneliness and darkness of sitting in a cave, with no friend by your side, and with no provisions. Well, that was David’s situation—the David that became King David of Israel.

Letter from Diane: March-April 2015
A young mother with three children under age 5 entered a local Christian shelter late one evening. As her laundry was being done, one of the volunteers (who also volunteers at GC) helped with the children. She told us this story:

Letter from Diane: January-February 2015
John MacArthur, in his book Twelve Ordinary Men, fleshes out the character of each of the twelve disciples, using the various mentions of them in the New Testament.  Meet Andrew! 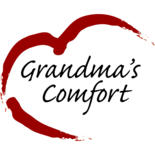